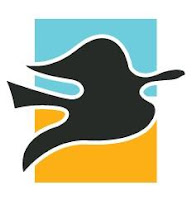 DEAR ARTISTS,
After the 4th SOAL’s success (Salão de Outono da America Latina), which welcomed an impressive number of visitors (11500), brasilian and cultural association Salon d’Automne França-Brasil lauches its 5th edition, SOAL 2017 with its traditional partner, Memorial of Latin America Foundation, in Sao Paulo. With more than 2 millions visitors, it has now become one of the most visited cultural centers in South America.
Like the last three years, the SOAL will take place in the well-known Galeria Marta Traba, as from May 4th until June 4th 2017.
Galeria Marta Traba is part of the Memorial da America Latina cultural compound,designed by Oscar Niemeyer, Brasilia’s famous architect.
The international jury, which will select the artists present in our exhibition will be composed of seven members, five of which are already well-known artists.
As in the last two editions, you will apply on following categories: painting, sculpture, photography, grafic arts, art book, video, installation, street art, performance.
You may have access to the Tecnical Rules and fill the SOAL2017 application form online on our website www.salon-automne-franca-brasil.com in english version.
BE CAREFULL:
Registrations are to be made exclusively online as from November 20th until January 20th 2017.
So, don’t wait until it’s too late to apply.
Welcome to the 5th SOAL-Salão de Outono da America Latina, The Art without Border Salon.
Source in languages.
Also on fb.